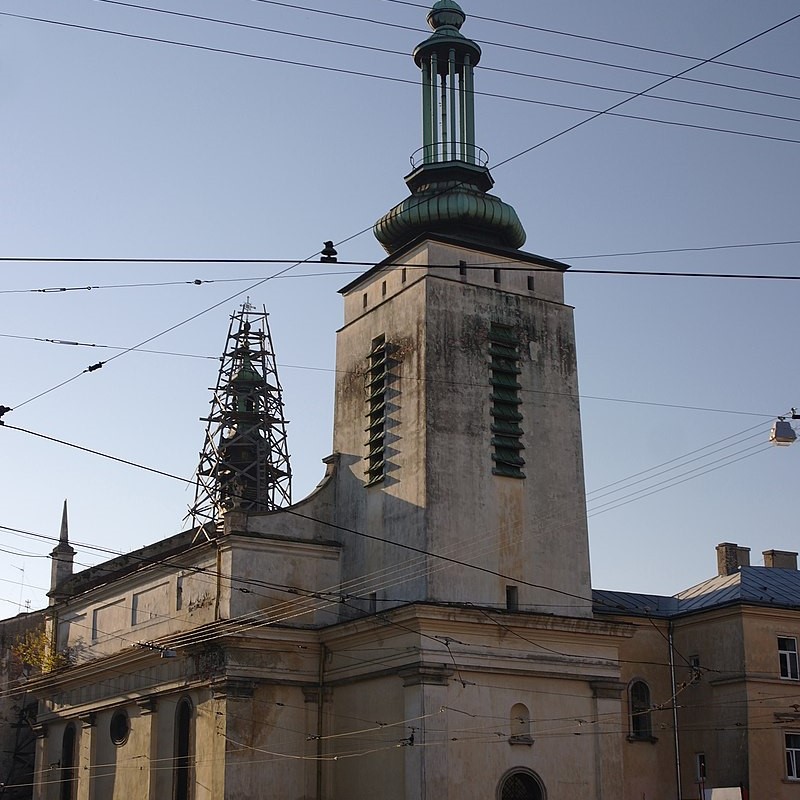 Interventionist conservation work in the The Archcathedral Basilica of the Assumption of the Blessed Virgin Mary in Lviv.

Grant from the POLONIKA The National Institute of Polish Cultural Heritage Abroad.

The application for a grant for intervention research, conservation and technical work on Stroiński’s polychromes in the Church of the Poor Clases in Lviv, submitted by the Association in November 2021 to the programme of the Ministry of Culture and National Heritage ‘Protection of Cultural Heritage Abroad’, whose operator is the POLONIKA The National Institute of Polish Cultural Heritage Abroad, received funding of 102,000 PLN.

The requested task will consist in carrying out the necessary research and conservation work on the combined polychromes by Stanisław Stroiński, preserved in the former Church of the Poor Clares in Lviv under the invocation of the Immaculate Conception of the Blessed Virgin Mary, now used by the Borys Woźnicki Lviv Art Gallery. Construction of the church and monastery began around 1607. In 1748 the monastery complex was expanded. During this expansion, the interior of the church was decorated with paintings by Stanisław Stroiński. After the Austrian suppression of the monastery in 1782, and its closure in 1898, the Lviv City Council purchased the building of the Church of the Poor Clares and began its reconstruction. During this reconstruction the painter Tadeusz Popiel painted three new wall paintings on historical themes, and “restored” the frescos by Stroiński. After 1945 the church and monastery were closed and handed over for use to the Lviv Art Gallery (Borys Voznytsky Lviv National Art Gallery). Today the church houses a branch of the gallery – Johann Georg Pinzel museum of Lviv Sacral Baroque Sculpture.
The polychromes decorating the interior of the church in the post-war period were never subject to research or professional conservation work, and the lack of care and due attention to the architectural structures of the building led the paintings to a catastrophic condition. This was the reason for the Association’s application.